Kerry O’Brien is one of Australia’s most distinguished and respected journalists with six Walkley Awards for excellence in journalism including the Gold Walkley, and the Walkley for Outstanding Leadership. Other industry awards include a Logie for public affairs coverage.

He has been a journalist for 49 years covering print, television and wire service, as a reporter, feature writer, columnist and foreign correspondent. He has specialised in national politics for the ABC, as well as the Ten and Seven networks, and was press secretary to Labor leader Gough Whitlam.

For ABC-TV he was the editor, presenter and interviewer for the 7.30 Report over 15 years, the presenter and interviewer at Four Corners for five years and at Lateline for six years. He has interviewed many world leaders including Barack Obama, Nelson Mandela, Mikhail Gorbachev, Margaret Thatcher and Tony Blair, as well as many influential figures in the arts, science and business. For 20 years he was also the face of the ABC’s election night coverage.

Kerry’s acclaimed four-part interview series with former Prime Minister Paul Keating was broadcast on the ABC in 2013, and his book expanding on those conversations was published in 2015. 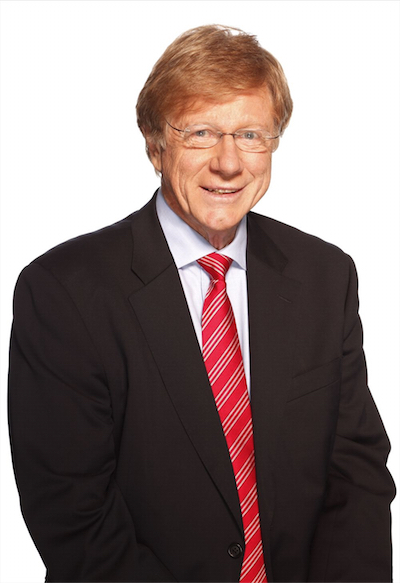